Liberal Democrats on Cambridgeshire County Council have successfully persuaded the Council to investigate overruns on recent council highways projects which may have been due to poor information from utility providers.

Cllr Ian Manning (Lib Dem Highways lead member) who proposed the motion says: “With recent high-profile hold-ups on completing projects like the Fendon Road roundabout on the A1307 near Addenbrooke’s, I want to know how much of this is down to poor information on the location of underground infrastructure, and how much is down to deeper issues at the Council”. 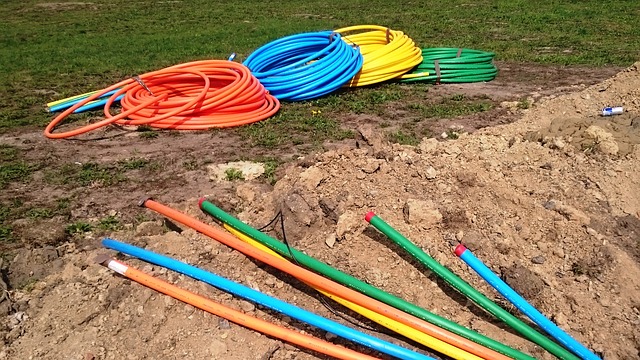 Image by Tomasz Mikołajczyk from Pixabay

It is not the first time that works have overrun due to ‘surprise’ cabling and utilities underground.

Cllr Amanda Taylor (Queen Edith’s) explained: “Just before the Fendon Road roundabout works, we had the same thing with the Hills Road cycle lanes, which took nearly 2 ½ years and also overran the budget. People in the area see this is as chaotic and want the Council to get on top of this so it doesn’t happen again. Not only are we spending huge amounts of extra money, but there is all the disruption to people’s everyday lives.”

The Liberal Democrat motion requires officers to report back within three months on the extent to which delays that have been caused by utility providers being unable to provide accurate information on the location of infrastructure such as power cables and gas connections.

If there is evidence that there are significant issues, a meeting with Government ministers is needed to work out how information can be updated, says Cllr Manning.

“This is an issue up and down the country. Residents find it bizarre that even small changes need investigation works to find out what is underground. I want Cambridgeshire to be at the forefront of solving this once and for all.”

The motion as passed reads:

- The recent overspend and delays to the Fendon Road roundabout project, caused by utility providers being unable to notify this Council of the location of their cabling.

- That identifying the location of such underground infrastructure which is not the responsibility of this authority has caused delays in multiple other Highways projects.

- The public perception is that this Council is responsible for mismanaging these projects.

- This is incorrect as the underground infrastructure locations should be a responsibility of the utility providers.

- The number of delays, minor and major, caused by missing or incomplete and inaccurate information about underground infrastructure and the costs of protecting it add up to a significant overall cost to this Council.

- Accurate data is available, but spread across multiple data sources, which urgently need bringing together.

- Government should support all Councils in working with the utility providers to improve the accuracy of the information.

- Ask officers to publish the response from UK Power Networks (UKPN) at the time to Councillor Bailey's motion, and detail what, if anything has changed since then, including any actions outstanding from this Council.

- Ask officers to prepare a paper for Highways and Transport Committee within three months of this motion to report on the extent to which there are significant time and/or cost delays as a result of Utility company information and to recommend whether a meeting should be held with the relevant Government minister and utilities companies to discuss ways in which the issues can be improved and resolved.