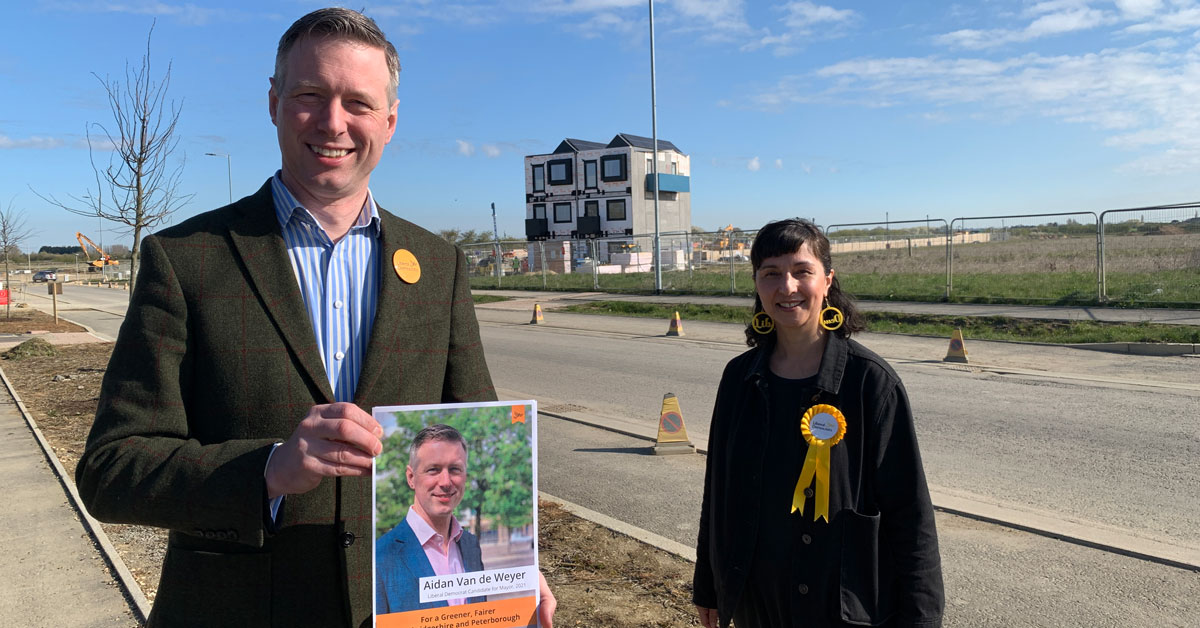 The Liberal Democrat Candidate to be Mayor of Cambridgeshire and Peterborough, Aidan Van de Weyer, has launched his election manifesto for the 2021 Mayoral Combined Authority election.

“I am offering the people of Cambridgeshire and Peterborough the opportunity to have a Mayor who works for all residents, after four disastrous years under the current Mayor James Palmer. 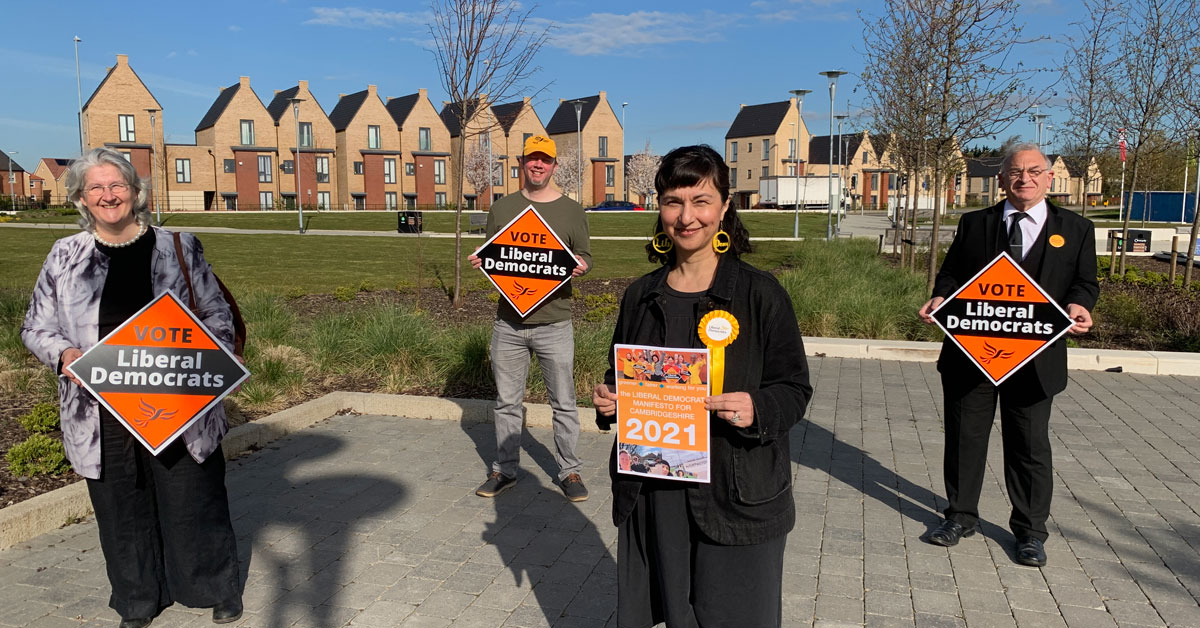 The Cambridgeshire Liberal Democrats have launched their manifesto for the May 2021 County Council elections. With the Conservatives only needing to be defeated in four seats to lose control of the Council, this manifesto looks set to determine the future of the County.

“The Liberal Democrats have a vision for a Cambridgeshire which puts a green recovery at the centre of our plans for the next four years in Cambridgeshire.

A bit of an update on Highways maintenance and repairs, and how to report problems, and find out what is going on.

I'm very critical of many aspects of the County Council Highways department, and I hope when my party takes control of the Council (fingers crossed!) we'll be able to make a number of changes that will improve the service for residents. That said, reporting a fault does work most of the time.

A number of faults were reported with potholes on Milton Road over the last few months (happens every year after freezing as this is a busy road) and they were grouped together by the officers and an order made to repair them under standard Highways contract. 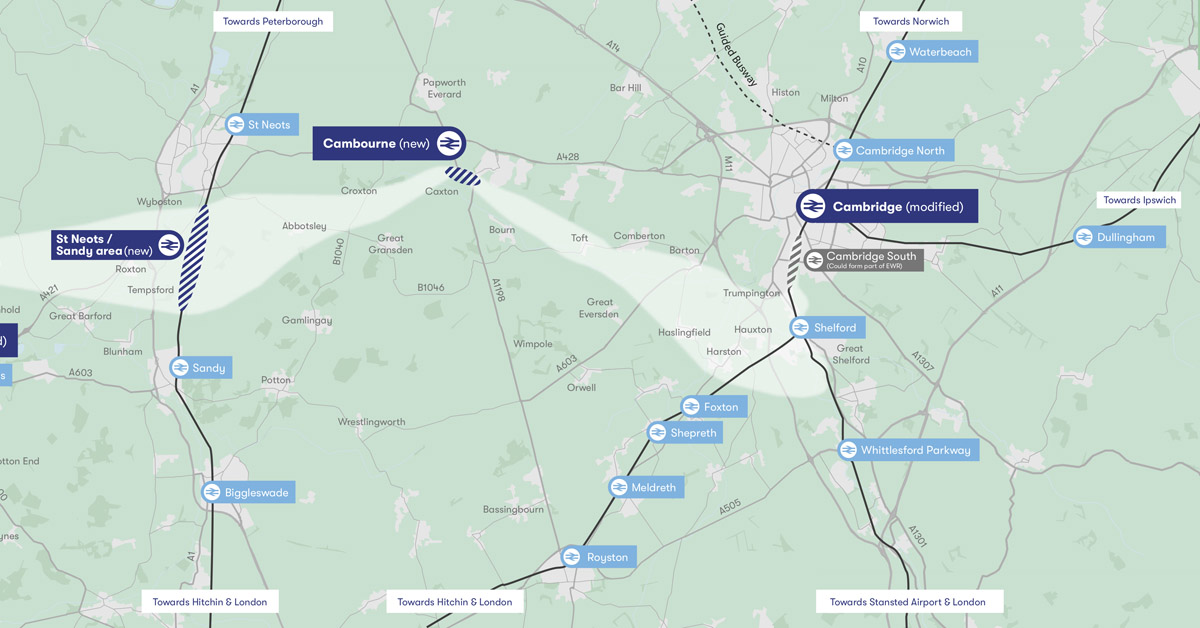 At the meeting of the Cambridgeshire and Peterborough Combined Authority Board held on 24 March 2021, Lib Dem Aidan Van de Weyer obtained further details of the state of Mayor James Palmer’s plans for Cambridgeshire Autonomous Metro. The next stage of the business case process will take at least a year, with further stages to be undertaken after that.

The Liberal Democrat candidate for Mayor of Cambridgeshire and Peterborough, Aidan Van de Weyer, has condemned the Conservatives in the area for failing to publicly support the electrification of East West Rail.

Aidan Van de Weyer, the Liberal Democrat candidate for Mayor of Cambridgeshire and Peterborough, has pledged his unconditional support for the interim recommendations of the Combined Authority's Independent Commission on Climate, and has urged the other mayoral candidates to do the same.

“Baroness Brown’s report makes clear the gravity of the crisis that we are facing. Tackling climate change needs rapid action across a wide range of areas. The consequences of further delay in implementing a rapid plan will be catastrophic.

“The Mayor of Cambridgeshire and Peterborough, with the largest electoral mandate in this area, must show leadership on climate change and wholeheartedly support these ambitious aims.

“Every decision and every policy that the Combined Authority makes should show how it maximises its contribution to reducing carbon emissions and protects residents from the damaging impacts of climate change. The current mayor seems to think that relying on the staid formulas provided by central government is enough - it just isn’t.

“The report recommends prioritising sustainable travel over road schemes when considering new investments. The mayor has shown over the last four years that he is most interested in building new roads regardless of the environmental consequences. This has to change.

“The commission has put a particular focus on emissions from the peatlands of the Fens. Through a ‘whole farm’ approach, we can achieve both emissions reduction and biodiversity enhancement in the Fens. But this requires us to be working closely with farmers so that we can continue to produce food for the nation.

“I fear that Mayor James Palmer just does not grasp the urgency of the situation. He is stalling when it is time for action. Adding caveats to the recommendations will send all the wrong signals to those who also need to up their game. He is once again showing that he fails when it really matters.

“Of course, the mayor can’t single-handedly do all these things. But that is one of the main problems with tackling climate change: everyone has to be striving for the same goals for us to succeed.

“What is needed from the mayor and other politicians is clear leadership on this issue. We must raise expectations about what we can do, but also what others can do. And then everyone must be held to account for how well they are meeting the milestones.

“If elected on May 6, I will immediately adopt these recommendations in full, without caveats or quibbles, and get on with implementing them.”

Aidan Van de Weyer says Mayor Palmer is a "national embarrassment" after he loses £45 million of funding for affordable housing in Cambridgeshire and Peterborough.

Following the rejection of questions that residents wished to ask at the next county council meeting, the Cambridgeshire Liberal Democrats have accused the leadership of the council of attempting to cover up the findings of the audit investigation into the tenancy of council-owned Manor Farm, Girton held by former Tory councillor Roger Hickford.

Brian Milnes, a Lib Dem district councillor for Sawston, which Roger Hickford used to represent on the county council, said,

“I have been following this issue with great concern for over two years. It has always astonished me that Roger Hickford was appointed to very powerful positions while he was being investigated. He was appointed to the Greater Cambridge Partnership, which controls £500 million of funds for infrastructure investment, and he sat on the Local Outbreak Engagement Board, which oversees the county-wide response to the coronavirus pandemic.

“I want to ask Cllr Steve Count, the Conservative Leader of the county council, what he knew about the allegations against Roger Hickford and why he made these appointments. It is a basic principle of accountability that our council leaders have to explain their decision to the public. And the best place for that is at a council meeting. Cllr Count has not yet accounted for his actions. He should not appear to be hiding behind legal loopholes to prevent that happening.” 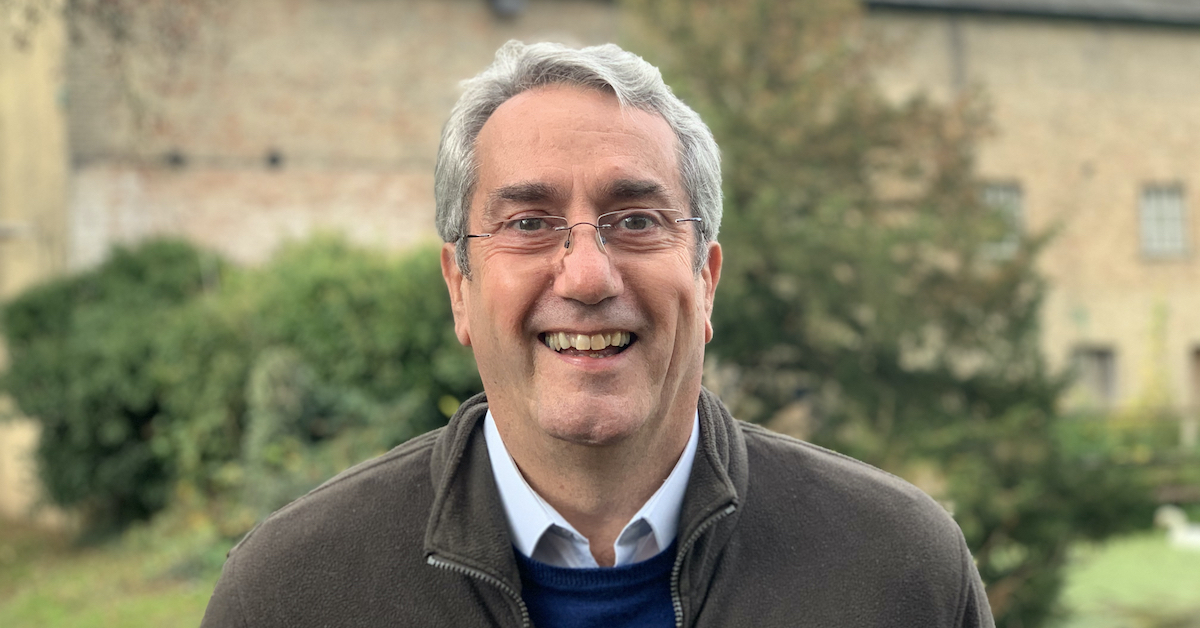 Geoff Seeff, a resident of St Neots and a Lib Dem candidate in the forthcoming county council elections, said,

“The Leader of the council has not yet clearly stated that the report in Manor Farm should be published. Regardless of details of what’s in the report - which we don’t yet know - I’m concerned about the principle of transparency in the way that the leadership of the council deals with these matter of great public interest.

“If Cllr Count is not willing to answer my question at a council meeting, then I put it to him now: does he or does he not agree that the report should be published? Does he adhere to the principles of openness and accountability that he signed up to when he became a councillor?

“The public has a right to expect better of our representatives. The residents of Cambridgeshire will not let the Tories who are running the county council in such a disgraceful way off the hook.” 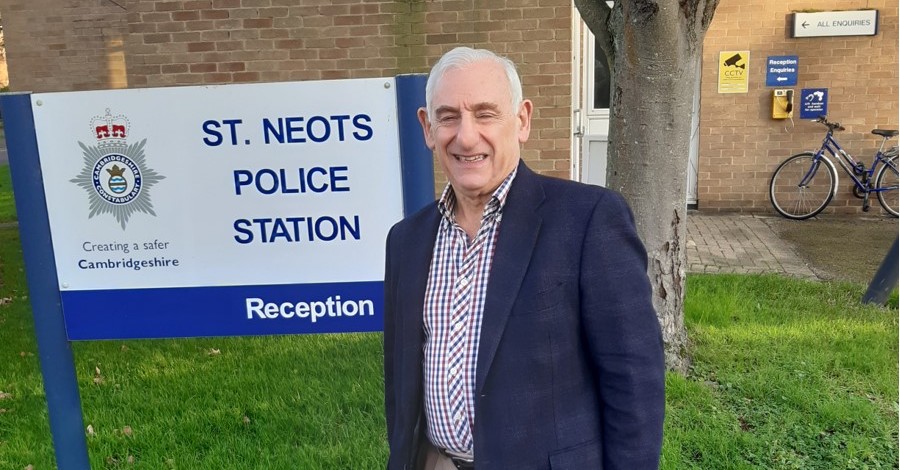 Liberal Democrats Lucy Nethsingha and Aidan Van de Weyer have demanded that the County Council release the audit report into the tenancy of Manor Farm, Girton, following the decision by the Cambridgeshire County Council Audit & Accounts Committee to publish only one small part of the report.

“This sordid saga should have been coming to an end with the completion of the audit report into the tenancy of Manor Farm, Girton. Instead, the public is being kept in the dark while Tory councillors and their lawyers work out how much they can keep secret.

“Cllr Steve Count, the Tory Leader of the County Council, has said that he ‘fully accepts all the findings of the audit, and its recommendations’. Yet he refuses to support the publication of the findings and all the recommendations. It is untenable to selectively refer to parts of a secret report in this way. Cllr Count is making a blatant attempt to influence the opinion of the public before the full facts are known.”

“We heard on Friday that members of the audit committee had been told that they had personal liability if they stepped out of line and published any part of the report. The council lawyers should be finding ways of enabling publication, not giving ammunition to those who want to hide this scandal.

“I call on Cllr Count to tell us his side of the story, not hide behind spurious claims of impartiality. He is the Leader. This happened on his watch. The buck stops with him.

“Cllr Count has many questions to answer. What did he know about the award of the tenancy to his Deputy Leader Roger Hickford and when? When did he learn of any of the allegations against Roger Hickford? What action did he take as Leader at the time, especially in relation to the welfare of staff? Why did Cllr Count appoint Roger Hickford to the board of the Greater Cambridge Partnership when the investigation was underway?

“If Cllr Count and Tories on the County Council continue to cover up the findings of the audit report, public confidence in the Council’s ability to act fairly and in the interest of all residents will be severely damaged.” 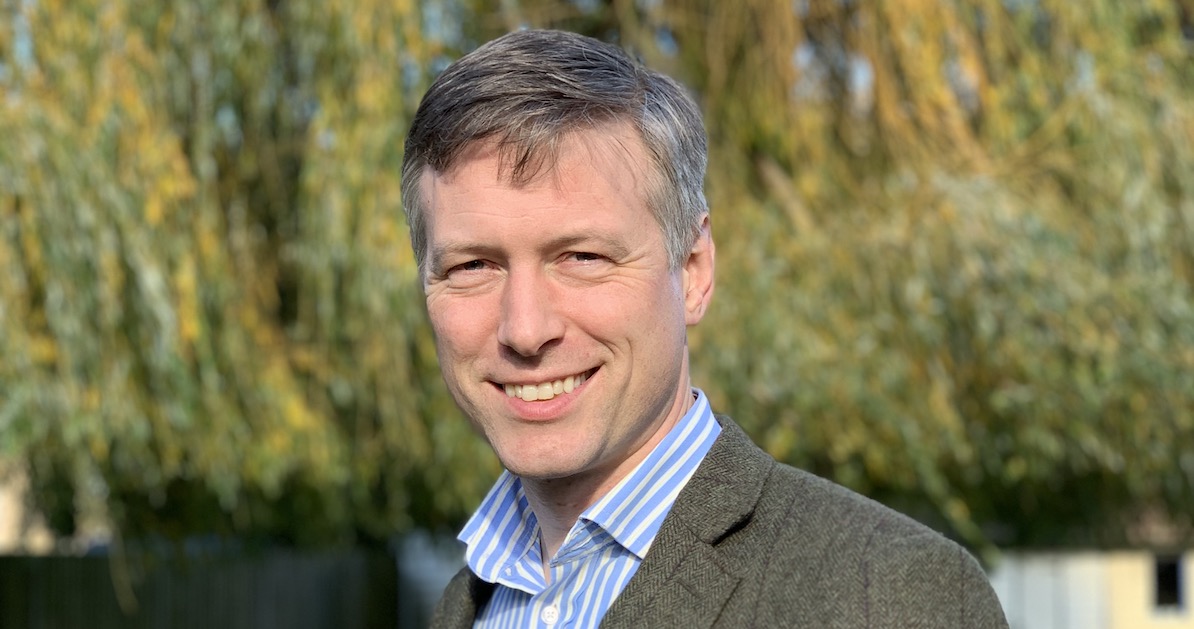