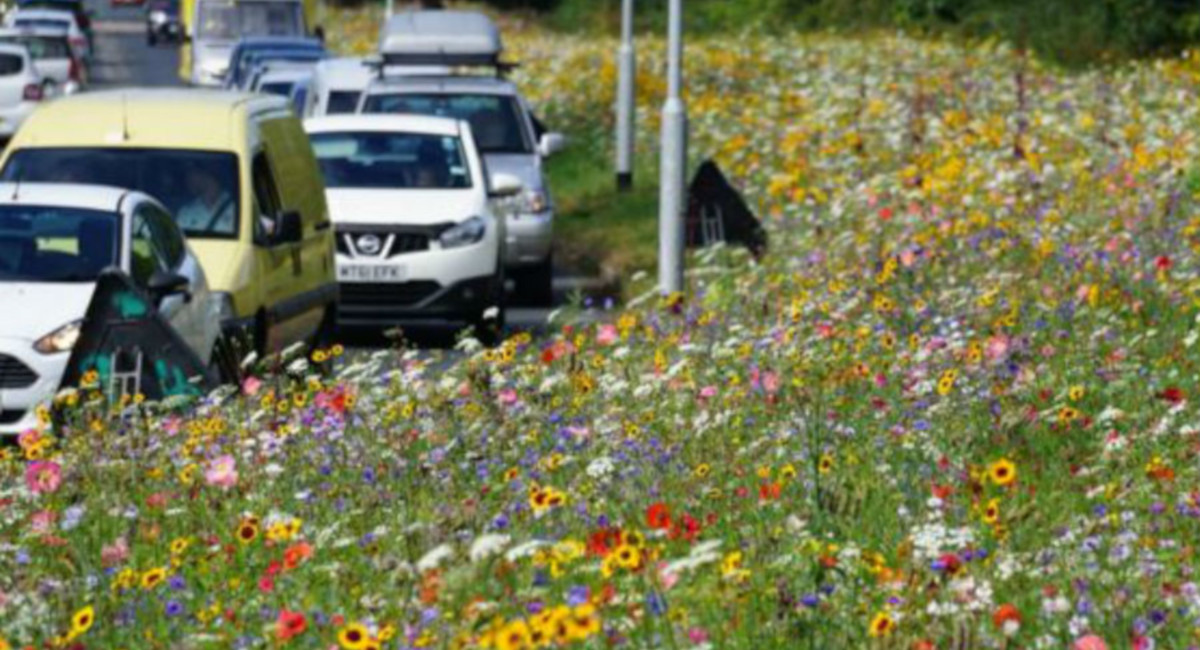 Liberal Democrat county councillor Nichola Harrison is calling on Cambridgeshire County Council to bring wild flowers and wildlife back to verges across the county.

The Cambridgeshire & Peterborough Liberal Democrats are on a roll, with rising numbers of councillors and members following local election successes. We now seek a campaign assistant to tell the world what the new councillors are doing, and maintain the momentum for future elections. You will liaise with councillors and communicate their campaigns and successes by creating engaging and compelling content for print and on line publications, and by promoting stories to the local media.

You’ll have a great standard of written English and be able to translate council-speak, have a working knowledge of DTP, and a commitment to Liberal Democrat values.

Location:  To work from home

"Cambridgeshire and Peterborough have one of the fastest growing populations in the country, but one of the most poorly funded health systems. For years the Government’s funding formula has failed to recognise the needs of our area.  The situation has now reached crisis point, leaving our local Clinical Commissioning Group facing difficult and unpalatable choices.

Cambridgeshire Liberal Democrats are delighted to have successfully persuaded a cross-party agreement to get Cambridgeshire County Council to declare a Climate Emergency as a packed public gallery looked on.

Cambridgeshire County Council has questions to answer over its handling of the farm gate affair, in which a senior Conservative Councillor has become the tenant of one of the County council's farms.

Lib Dem group leader Lucy Nethsingha has written to the council to ask:

Following the Conservative County Councillors’ decision to enforce a pay cut on council staff, Lib Dem Councillors are to help affected staff by contributing a matching proportion of their allowance to a staff hardship fund.

At the County Council meeting on 11 December, the Lib Dems voted against the Conservatives’ imposition of a 1.2% pay cut on many council staff.

The cut will affect both full-time staff earning £26,000 or more but also part-time staff on an equivalent pay band but taking home very much less.

At Tuesday’s County Council meeting, Cambridgeshire Liberal Democrats will strongly oppose the Conservative move to cut staff pay and will highlight the hypocrisy of the Conservatives’ posturing.

The Lib Dems intend to propose that the council bring forward proposals to reverse the 30% pay rise for councillors that the Conservatives voted through last year and instead adopt the Independent Panel recommendations.

“The Conservatives are using emergency measures to cut staff pay but at the same time they want to keep the huge 30% pay rise for themselves that they backed last year,” said Cllr Lorna Dupré, Deputy Leader of the Liberal Democrat group.

“We cannot accept that the staff should be made to suffer because of Conservative greed.”

Cllr Lorna Dupré has won cross-party support from Cambridgeshire County Council for her call to action to improve air quality across Cambridgeshire.

It has been estimated that there were 257 deaths attributable to particulate air pollution in Cambridgeshire in 2010 (the most recent figure available), and that over 5 per cent of Cambridgeshire’s population mortality is attributed to air pollution.

Cambridgeshire Liberal Democrats have called on Cambridgeshire County Council to recognise the damage that Brexit will cause to the county and to Britain and to back a People’s Vote on the final deal.

The Lib Dems want the people of Britain to have the final say with the option of staying in the EU.

It's not their fault

The news last week that Cambridgeshire County Council is requiring some of its staff to take ‘unpaid leave’ between Xmas and New Year is alarming on at least two fronts, writes Councillor David Jenkins.

Firstly CCC seems to be running out of money. As a senior finance officer said ‘we are simply spending above the resources we have available’. And that’s even after all the savings we accrue from having so many vacancies within Highways.

Secondly why is it the employees who get the pain? It’s the latest in a series of developments which have put pressure on them without any prospect of any reward.