Walkers, Cyclists and Horseriders must not lose out in A10 junction changes

Cambridgeshire Liberal Democrats have supported proposals to fix the problem of the A10 traffic bottleneck at the BP roundabout at Ely – but say this must not come at the expense of safer provision for walkers, cyclists, and horse-riders. 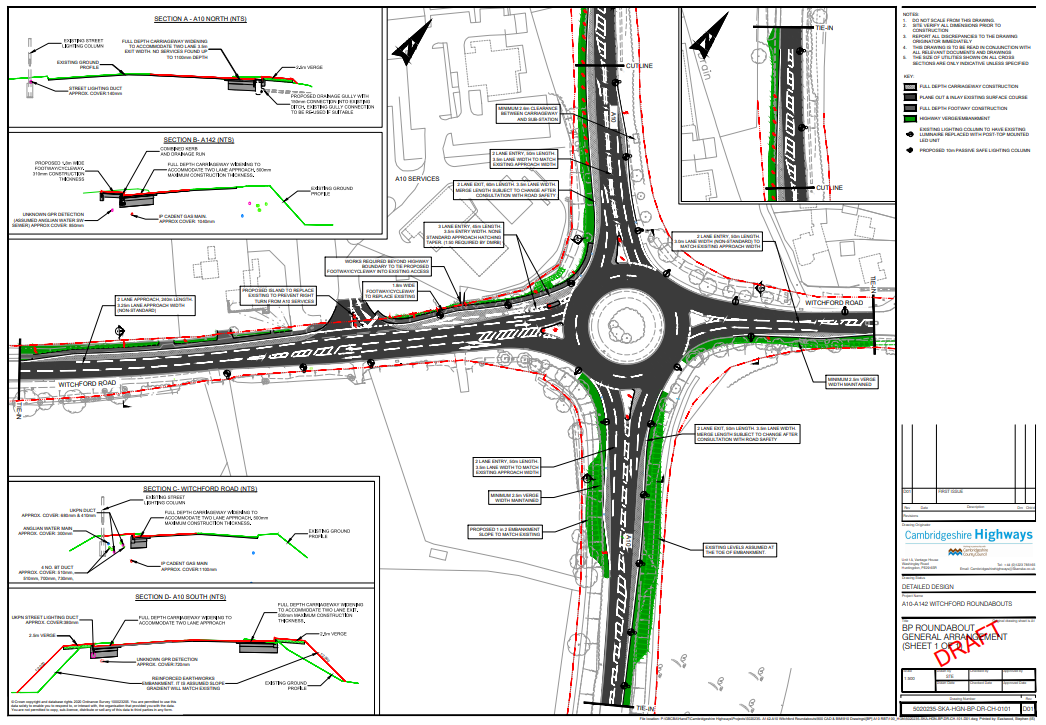 At the County Council's Highways and Transport Committee this morning (Tuesday 16 June) Lib Dem councillor Ian Manning supported proposals for improving both the A10/A142 'BP garage' roundabout and the A142 Lancaster Way roundabout, but pushed for action to overcome the lack of safe walking and cycling provision. He proposed an amendment to ask contractors to come up with proposals alongside pushing ahead with the roundabout upgrades, but the majority Conservative group signalled that they would reject this.

Cllr Manning said, "It's shocking that, while there is real momentum nationally to encourage walking and cycling, the County Council are determined to proceed with two road improvement schemes that make no provision for walkers, cyclists or equestrians to cross the A10 and A142 in safety. Indeed senior councillors have admitted the changes will make matters even worse for non-drivers.

It will benefit everyone if, at the same time as we build in improvements for existing traffic, we also ensure that travellers in future can access jobs and services safely by bike or on foot."

In response, the Conservative committee chair agreed to write to the Combined Authority requesting Cllr Manning's suggestions were looked into. Cllr Lorna Dupré, who represents Witchford on the County Council, commented, "Under the current proposals, the Lancaster Way business park, A10 leisure centre, and the North Ely developments, Ely railway station, the centre of Ely, and villages west of the BP roundabout will be even more cut off from each other for anyone without a car.

“The Mayor and councillors on the Combined Authority promised in their Local Transport Plan to prioritise walking and cycling. Now we need to ensure they are held to their promise."

c) Committee notes the national agenda to privilege cycling and walking schemes and encourages the contractors for both roundabouts to suggest additional measures that could be added to make cycling and walking at both locations easier, safer and more convenient, and bring those back to a future meeting of this committee.